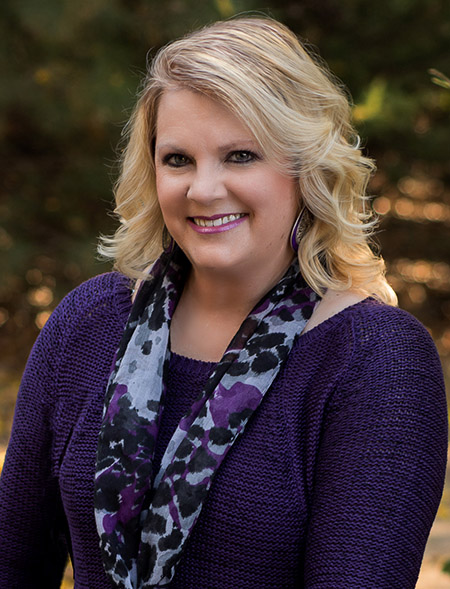 Kim Vogel Sawyer grew up in Kansas. All over Kansas. Her dad, an educator by vocation and a house fixer-upper by design, had itchy feet. Consequently, Kim attended seven different schools in five cities before graduating from high school. Being painfully shy, all that moving and starting over was tough, but now looking back, she sees the purpose. She became a keen observer of people, and all of that observation works well when crafting fictional characters. And it led Kim to a personal truth: God wastes nothing…not even a shy little girl’s fear of entering yet another new classroom.

Although Kim dreamed of being a writer from her earliest memories—even recalls telling her kindergarten teacher that people would check out her book in libraries someday!—she chose to become an elementary school teacher. She used her degree first in an in-home daycare/preschool, then as a home visitor with Head Start, and finally in a fifth grade classroom. Kim loved the kids, but health challenges (a variety of auto-immune disorders) made it difficult to keep up the pace of full-time teaching.

In 2001, she dropped to part-time status and began using the morning hours at home to write. The characters and stories that had lived in the back of her brain for years found their way from her fingertips onto a computer screen. She made a promise: to never write anything that would embarrass her mother or to write anything she would be embarrassed for her daughters or former students to read. A friend read the manuscripts and made a statement that resonated with Kim.

“Your stories, even though they cover tough topics, are so gently told, and they’re laden with hope.”

Hope. Kim’s favorite word. She adapted the comment into a pledge to her future readers: Gentle stories of hope. And of course, knowing our hope is found in nothing less than a relationship with Jesus Christ, Kim’s stories always possess a strong spiritual thread.

Kim’s first book, A Seeking Heart, which was loosely based on her mother’s family history, released in June of 2002. She began attending writing conferences to learn more about publishing, and she signed with a literary agent in 2003. In 2005, between March and November, she signed contracts with Bethany House, Barbour Publishing, and the Heartsong Presents line for a total of ten books. At the end of the school year, she resigned from teaching and has enjoyed a full-time writing and speaking ministry ever since.

In September of 2018, she celebrated the release of her fiftieth novel, a number not even the imaginative little dreamer could have envisioned. Every day, you’ll find her at her computer, most often with a cat on her lap, bringing to life the characters that fill her head and using their struggles to show the hope we can possess when we place our lives in God’s loving, capable hands.

When Kim isn’t writing, she enjoys traveling with her retired military hubby, quilting, antique-shopping, and spoiling her quiverful of granddarlings—six Sweeties, two Bugaboos, and a pair of Wugmumps—who are the joys of her life. She likes them even more than chocolate, and that’s saying something.

Kim is currently at work filling her most recent contract and using her teaching degree combined with her love of writing to teach at writing conferences across the U.S. She knows God opened the door to a writing ministry to her, and she intends to write until He closes the door or calls her home.